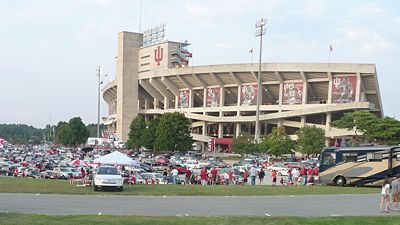 Memorial Stadium is the main football stadium for Indiana University in Bloomington. It is located at 1200 E. 17th Street in the IU Sports Complex between 17th Street, SR 46, Dunn Street and Fee Lane. It opened on October 8, 1960, seats 52,354, and replaced the old 10th Street Stadium that was located along 10th Street at Fee Lane.

Other than IU Football, it is also used for graduation ceremonies, football camps, marching band practice and was in the past used for drum and bugle corps shows.