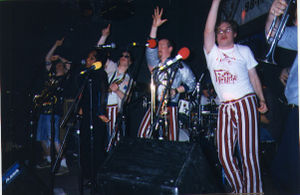 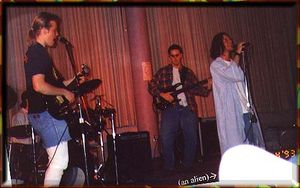 The band began in 1991 when Brent 'C. Boots' Courtney got a band together to perform at Pennsbury High School's talent show in Fairless Hills, Pennsylvania during his senior year. His brother, Brian Courtney, soon joined the band on rhythm guitar. The band consisted of guitars,drums, and vocals at first, then blossomed into a full horn section with an occasional female vocalist. When the brothers came to Indiana University in Bloomington, Indiana in 1992, Matt 'Floyd' McClellan (bass), Kevin Leahy (drums), and Dave Appelman (sax) joined them for some informal talent show concerts in the lobby of Read Hall dorm. In 1994, the re-established full horn and female vocalist version of the band performed their own concerts in Read and Collins Living Learning Center dorms(Video) which led to performance at Rhino's, Second Story, Live from Bloomington 1995 & 1996, the Wild Beet, Culture Shock 1995 & 1997(Video), and CollinsFest among other local venues.

The band was named when the Bloomington music scene was featured on the cover of Billboard Magazine in 1996. Conan O'Brien picked the band to be a finalist, then as runners-up, for his 1997 College Band Search Contest. Other highlights include performing at a packed Second Story with Fambooey in 1995, at Harmony School with a train-line of elementary students(Pic), Taste of Bloomington 1996, and shows at the wonderful Mabel's in Champaign, Illinois. 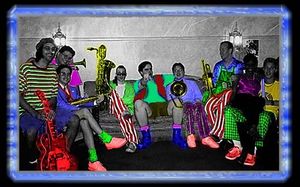 Flattus posed relaxation at the Wild Beet in 1996

The band independently produced one album entitled Amuse Yourself in 1997. They were featured on the IU Union Board project CD, Live From Bloomington, in 1995 "Smooth Slim" and 1996 "Come". 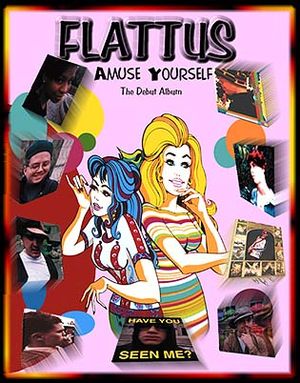