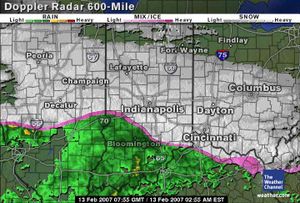 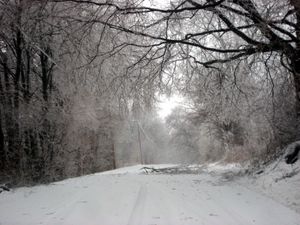 Starting the night before and going through all of the 13th, snow, rain and sleet hit central Indiana. Although only a few inches of snow accumulated, the sleet mix caused roads to become very slick and difficult to drive on. Several car accidents where reported including someone sliding almost 100 feet off of SR 46 towards Ellettsville.

Everything became covered with ice, causing tree branches to break or droop down to the ground. The ice stayed on trees, buildings and signs until Sunday the 18th, but by Saturday a lot had melted or had been blown off. During that week many parts of Bloomington had a fairy tale type look. 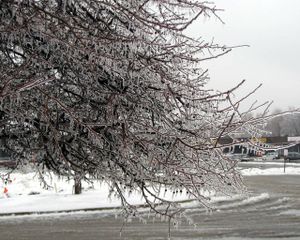 Tree covered in ice on the west side of Bloomington 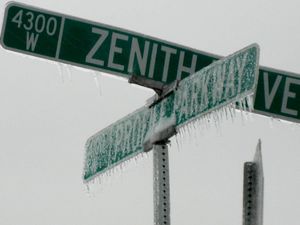 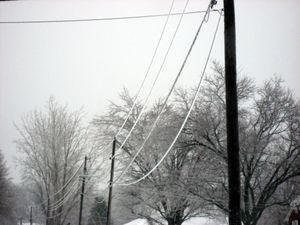