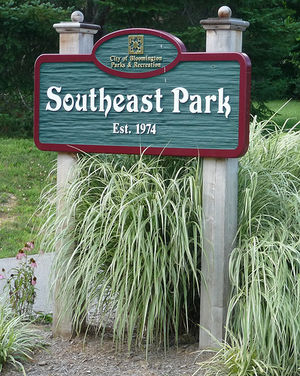 Southeast Park is a modern and extensive park just south of Moores Pike. The associated tennis courts can be seen from Moores Pike by looking to the south between High Street and Sare Road. The park has two playgrounds with rubberized surfaces, four basketball goals, two tennis courts, and a shelter.

It would be easy to assume the courts are part of a private development, but they are public courts, if difficult to reach by car. To get to the parking lot, go south on High Street and turn left into the Sycamore Knolls neighborhood entrance on Arden Avenue. Turn left again on Sycamore Court and drive to the end.

The initial nine acres for the park were bought from Bloomington Development Corporation in December of 1974. A further seven acres were donated by Wininger Stolberg at the time of the development of Renwick. 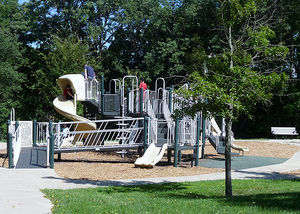 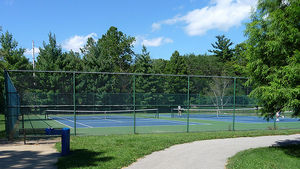