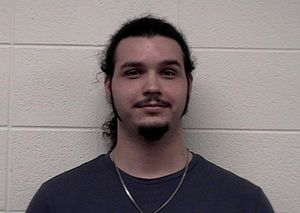 Simón Ruiz was born in Cumana, Venezuela on January 15, 1983. At age four, he moved to Bloomington where he lived off and on for several years. Starting in 1997 he attended Bloomington High School North as a sophomore. After graduating in 2000, Ruiz spent the next few years working around Bloomington and taking classes at Ivy Tech. He was hired by Bloomington North in 2005.

Ruiz was hired at BHSN as a Technical Assistant in 2005, and spent two years there. Having been hired before the renovation of North he witnessed massive changes to the school’s appearance. As well, this created many problems in the Technology Department. He recalls there always being something to fix; interesting problems that needed solving were never in short supply. He kept things running, and became very popular among both students and teachers.

Ruiz was also involved with the BHSN Digital Arts Society. He served as its Faculty Supervisor, and shared his technical knowledge with the student members. Interaction with the community, the kids, and coworkers always proved enjoyable.

To the dismay of North’s general population, Ruiz left on April 20, 2007. He took a job as a Senior Technology Specialist at Canterbury School in Ft. Wayne, Indiana. There he will teach a computer class in addition to his technology duties. When asked if he would miss North and DArtS he responded, “yes.” He was also a member of the Bloomington Linux Users Group. 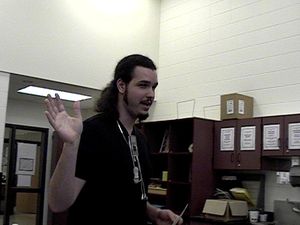 Simón waves goodbye to the students. 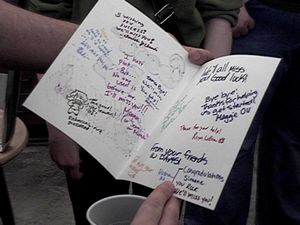 The goodbye card from DArtS.

On 18 April 2007, in Simón Ruiz’s honor, the Digital Arts Society held a farewell party. It was attended by club members, as well as Ruiz himself. Also in attendance was James Callahan, the computer graphics teacher at North and new supervisor of the club. Students brought in drinks and food for the occasion. At the end of the event, Ruiz was presented with a handmade card signed by each club member.