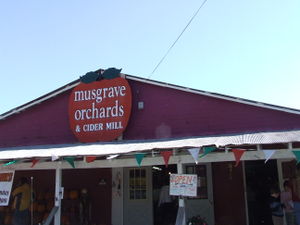 Musgrave Orchards is an orchard and cider mill on Old State Road 37 in the neighborhood of Hindustan. There is a small shop that is open seasonally and more than 700 apple trees.

They sell many kinds of apples, apple cider, jams, bittersweet, indian corn and pumpkins in October. They advise you to call for details on seasonal items.

There is a large sign advertising the orchard on the right hand side as you head north on SR 37 toward Indianapolis.

The orchard was founded by Lester Musgrave in the 1930's, and was taken over in turn by his son Robert Musgrave and grandson Jeff Musgrave. In 1998 the orchard was subdivided and partly sold to developers, and a few years later the orchard was sold to Andy and Amy Hamilton, who run it today. 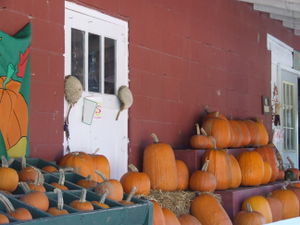