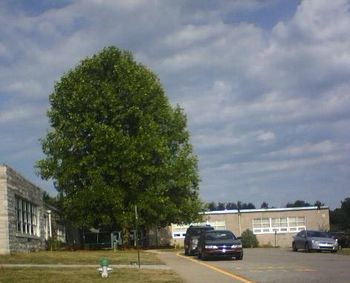 Marlin Elementary is located just east of Old State Road 37 on Bethel Lane and serves about 200 students in the Bethel area. It was built in 1959 and expanded in 1965 to a total of ten classrooms.

In 1997, the school received $37,000 in grants to upgrade the computer lab. In 2007, MCCSC approved $1 million in additions and renovation, the money to go to Neidigh Construction. Two more classrooms were added for a current total of 12, and a new library and computer lab were opened.

Much of the area it serves consists of upper middle class houses, and therefore it is not surprising that the school consistently rates highly for academics. The principal is John Hudson, previously assistant principal at Grandview Elementary. He replaced Chris Finley, who served from 2005 to 2009. Prior to that, the principal was Karen Adams who moved to Fairview Elementary in 2005 after serving at Marlin for three years. In 1990, when Dyer Elementary was closed, William Hamilton was moved from Dyer to Marlin and then-principal Kathleen Kelley went to the new school Highland Elementary. 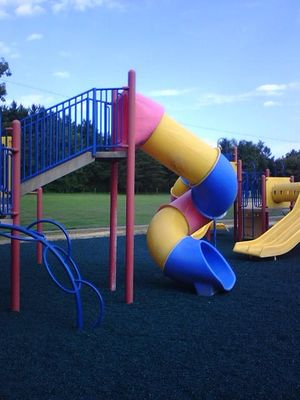 The renovations included a new playground

The school colors are red and white, and the school mascot is the Dragon.

Marlin has an active Parent-Teacher Organization (PTO). The PTO sponsors many activities, such as Box Tops for Education, a Skate Night, and an open house. Volunteer opportunities are available for help with landscaping, the computer lab and library, fundraisers, and various social events. PTO meetings take place on the second Tuesday of every month.

This is a confidential means of reporting unsafe conditions that could harm students, staff, or the school.