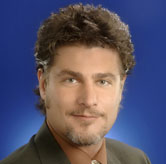 Jeff specializes in formulation, process, and analytical development of new molecular entities. He received his BS in Biochemistry from Indiana University. Jeff had worked at Cook Imaging as an associate scientist in product development. He was also the the chief scientific officer of BioConvergence LLC before he left in February 2008 to pursue other interests.

In 1999 he began graduate study in the Department of Industrial and Physical Pharmacy at Purdue University under the direction of Dr. Steve Nail. His research involved studying changes in the physical structure of biological molecules during lyophilization. Jeff received his Ph.D. from Purdue University, and returned to Bloomington where he worked at Baxter Pharmaceutical Solutions as a Research Scientist in the pharmaceutical development group. He routinely lectures around the world on formulation, stabilization and process development of lyophilized products. He is also an active member of AAPS since 2001.