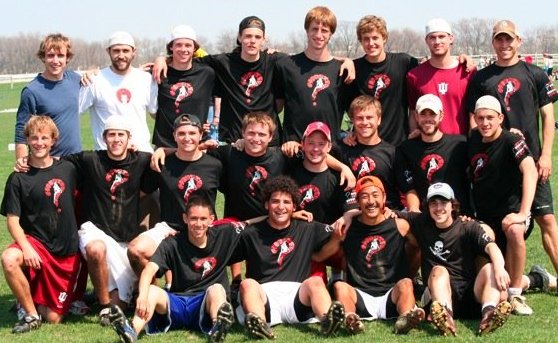 The team nicknamed "HoosierMama" has been around in some form or another for more than 20 years. In 1989, team captain Rich Hollingsworth took the team for the first time to the national championship series in Wilmington, NC. They made a strong showing, and the team has been nationally competitive ever since, among other things taking 3rd in a Mardi Gras tournament in Baton Rouge, Louisiana in March of 2006.

The team is active in promoting Ultimate Frisbee in the wider Bloomington community, working with the Bloomington Committee for Ultimate Development in those efforts.