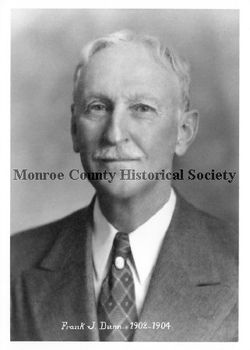 Frank and Ida lived at 321 W Kirkwood Avenue (the old John Waldron Sr mansion) until Frank's death at age 79 in 1948. Frank committed suicide in his offices after battling a terminal illness. Ida moved out of the Waldron mansion soon after and the land was sold in 1954 to developers.