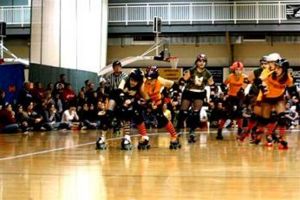 The 2014 Bleeding Heartland Roller Derby league consists of three teams, the Flatliners (in their eighth season), the Code Blue Assassins (in their fifth season), and the Poison IVs (in their third season). These teams play locally, throughout the Midwest, and even nationally, with recent trips to New York City, New Orleans, and Pittsburgh. In early 2009, BHRD was thrilled to become a member of the Women’s Flat Track Derby Association (WFTDA), making us eligible for regional and national tournament play and ranking.

For information on our schedule and tickets please visit our website.

In previous years there were also "home teams" named the Farm Fatales and the Slaughter Scouts. 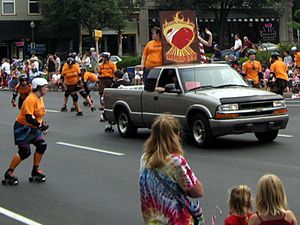