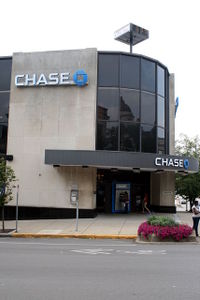 This address is the site of a large limestone building that has been home to several banks over the years. Most of which have taken the place of other banks due to larger corporate mergers.

CFC, Inc. purchased the building in December of 2007 for $3.8 million. They immediately made several changes, most notably taking out the escalators inside and cutting large windows on the south side of the building for the new office space on the second floor. They also fixed the time and temperature sign on top of the building, which had not been rotating for a while and had been turned off. 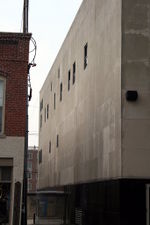