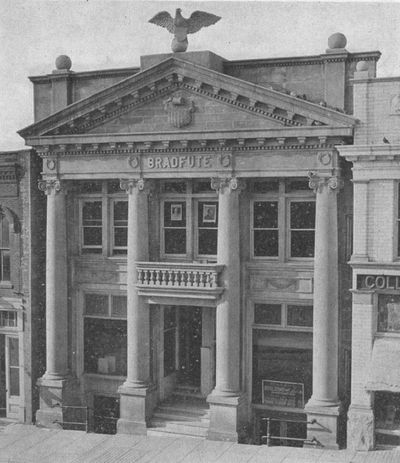 The Bradfute Building was named for and built by Walter S. Bradfute, co-founder and publisher of the Bloomington Telephone newspaper. It was located on the west side of College Avenue just south of Kirkwood Avenue. The building was built in 1907 and heavily damaged by fire on March 24, 1924. It was rebuilt, only to be demolished in 1969 to make way for the First National Bank building (now occupied by Chase Bank).

The building's columns were salvaged and installed at the Billy Hayes Track on the Indiana University campus.