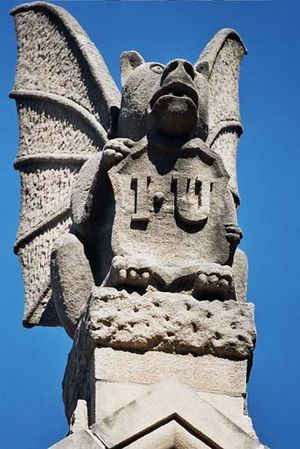 A grotesque on the roof of Maxwell Hall

Indiana University is an eight-campus university system in Indiana. The main campus is located in Bloomington, and is commonly referred to as "IUB", or sometimes, simply "IU". It is regarded as one of the most beautiful campuses in the United States. IU was founded in 1820 as the Indiana Seminary School at the location now known as Seminary Square. It later became Indiana College, having its first president Andrew Wylie in 1829. In 1838 the school was rechartered as Indiana University.