School of Informatics and Computing

From Bloomingpedia
(Redirected from School of Informatics)
Jump to:navigation, search 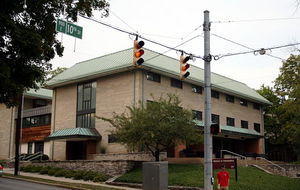 From the south-west corner

The School of Informatics and Computing at the Indiana University Bloomington campus is made up of the Computer Science and Informatics academic degree programs. It was formed in 2000 as a "virtual campus."

The school is spread over the Bloomington and IUPUI campuses and offers slightly different courses and programs between the two. After operating out of the Sycamore Hall in its first year the school moved to a building on the corner of Woodlawn Avenue and 10th Street at the original Alpha Omicron Pi house. On September 19, 2008, the School officially opened a renovated Beta House to become the main building for administration and Department of Informatics faculty. It offers an undergraduate degree in Informatics and a Masters degree in either HCI, Security, Bioinformatics or Cheminformatics. More recently a Ph.D. program in Informatics was approved.