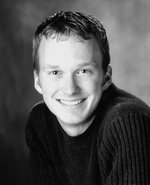 Zachary Novak was a member of St. Ambrose Catholic Church in Anderson, Indiana, where he worked as a pianist, organist and choral conductor for several years. He also served as a pianist and choral conductor at Bethel United Methodist Church in Anderson, Indiana. While at Indiana University, he worked as pianist, Wesley Choir and Children's Choir Direct for the First United Methodist Church in Bloomington, Indiana.

On April 20th, 2006 Zachary died in a plane crash with 4 other fellow musicians who where on their way back from a rehearsal in Lafayette, Indiana. Joshi piloted the single engine Cessna 206 plane owned by her family, which crashed due to extremely foggy weather conditions approximately a half mile from the Monroe County Airport in Bloomington, Indiana at 11:45pm, on Thursday, April 20th, 2006.

All five of the crash victims of April 20th were well known as rising stars in their fields. Their death rattled the music world on an international level.

Besides his parents Dan and Misty, Zack was also survived by siblings Joel and Brytni Novak, and girlfriend Jillian Shaw. Several scholarships have been organized in memory of Zachary Novak, including those at Anderson University, First United Methodist Church in Bloomington, and the Anderson Community School System.