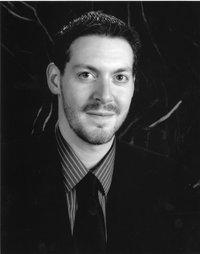 Robert Samels (b. June 2, 1981, d. April 20, 2006) was a doctoral student at the Indiana University Jacobs School of Music. He was from Medina, Ohio. He was a multitalented musician and performer, doing singing, acting, writing, composing and conducting. Robert was also a radio personality at WFIU 103.7 FM. He received his degree with a triple major in voice, bassoon and composition from Bowling Green State University.

On April 20th, 2006 Robert died in a plane crash with 4 other fellow musicians as they returned from a rehearsal in Lafayette, Indiana.

Shortly after the Robert's death, George Walker, Samels' supervisor at WFIU, had this to say about his former colleague: