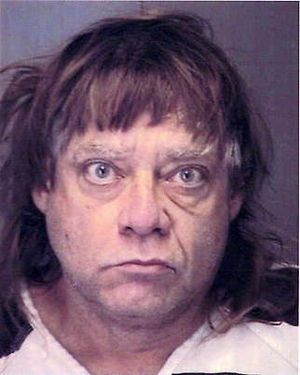 Jerry E. Pelfree was convicted of murder for the 2007 slayings of Douglas A. Brown and Everett L. Shaw. The bodies of Brown and Shaw were found in sealed drums on Pelfree's property, located at 6174 W. Ison Road. The three men had apparently been running a meth lab together before the murders.

Pelfree, a career criminal, had already spent 10 years in prison for running a meth lab. He also had convictions for battery, and as a teenager was sent to the Indiana Boys School.

In 2009, Pelfree was found guilty and sentenced to 130 years in prison.